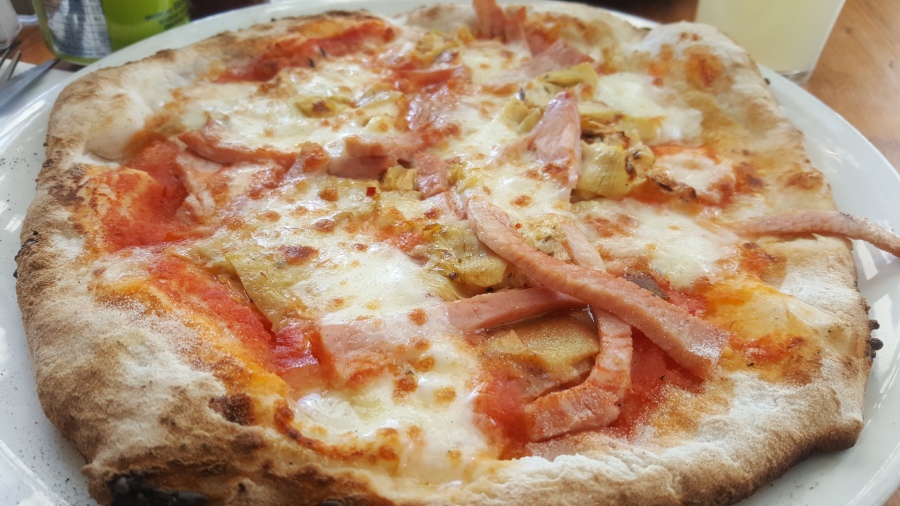 Yup another late post, I have been quite busy again! Last week I had 8 days off work to travel around the countryside and London and it’s been lovely… More of that later down the line though. This is all about March.

March begun on the Eurostar to Paris where I have just posted about our long weekend which was lovely, but a little too indulgent. You can read all about it on my last post here but I was careless and made myself feel pretty awful by eating too much wheat, dairy and drinking wine so I felt a bit bad about it. Anyway, onwards and upwards and I won’t do that again. It made me realise the importance of looking after yourself when you travel, especially when you wanna be out and about all the time and you can’t just hide away in the comforts of your own home. 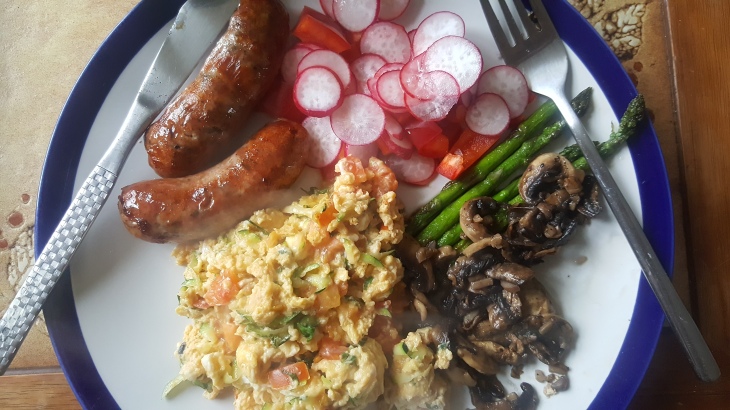 When we got back I made sure I ate as many vegetables as I could where possible, so I had breakfasts like the above everyday for a week. They kept me full for a long time and definitely helped with my recovery!

Fatto a Mano had their launch night for their homemade gluten free bases and vegan pizzas. I was invited to go along with a plus one so brought Daz along with me who needless to say was very pleased. I had been coincidentally a couple of weeks before and had an amazing gluten free pizza, they had been making them in the restaurants for a couple of weeks before that but wanted to officially launch after some practise to make them perfect. I was very impressed and they have now made it to the top of my favourite places to eat pizza in Brighton. I also loved this lovely little goodie bag they gave on our departure, especially the Celia beer, yum! You can read my full review here for further info.

At work we had a super busy peak season and our managers wanted to treat us with something local outside of the office. We were booked into The Painting Pottery Cafe in Brighton and it was so much fun! Some people found it stressful but I found it therapeutic. You are able to bring your own booze and snacks and they’ll provide glasses and I think a mug costs around £9 (don’t hold me to that but I remember it being reasonable). They tell you how to make it and have looaads of stencils to start with too. 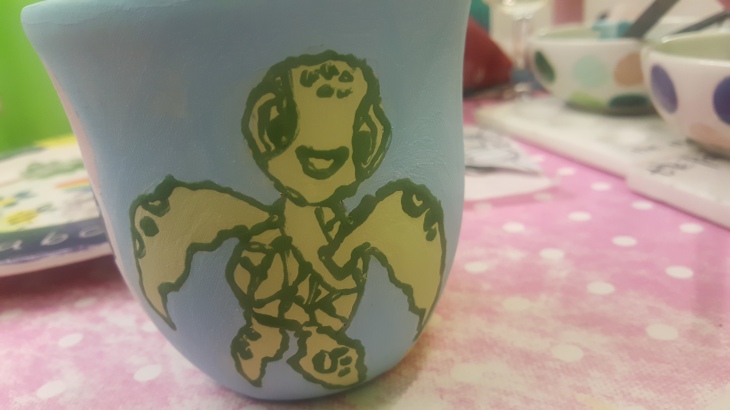 As part of my goodie bag from Fatto a Mano, there was a sample of coffee from Pharmacie Coffee Roasters as they have just started using them in the restaurants. For those who don’t know, I was a barista for 12 years and managed a leading speciality cafe in Brighton for 3 of them. Sadly, around the time I was leaving the cafe (about 3 years ago now) my body has decided to now reject coffee and even the smallest amount of espresso would lead to intense anxiety. I miss the taste and flavours and rituals of it all SO much and it had been awhile since I tried it so gave it a go. It tasted delicious even though my skills and equipment were a little rusty (not literally) but the anxiousness kicked in later on and I was a mess all day. Ah well, more coffee for Daz! Anyway, if you like coffee you should check Pharmacie out. 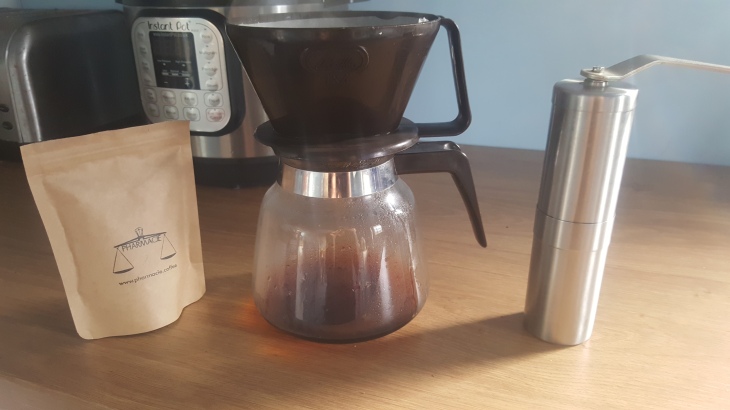 Another place I was invited to was Body Fuel Cafe, a paleo-friendly cafe located in Hove just down from George Street. I had been following them since they had opened on Instagram and their colourful salads and dishes looked great, I just hadn’t been down that end of town to check them out. Daz and I went there one Saturday lunch as we had the weekend free and I thought it was very good value and nice and filling too. You can read my review here for more information but I will be back if I’m round that end of town! 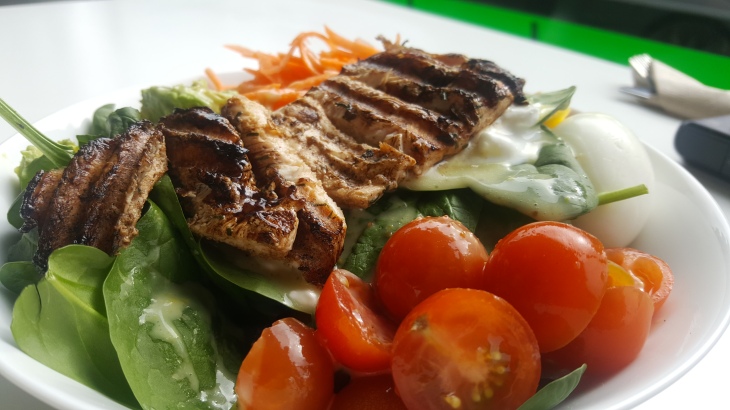 Bagelman is a bit of a habit for us in the office at work, with hungover Fridays, sleepy Mondays or just a normal day can warrant a visit. I used to love they used my favourite Sussex Bread Co brioche buns for the gluten free option instead of a bagel, but I was excited to here they have now got gluten free bagels instead, yay! They are a bit of a strange texture but still hold together really well and they don’t charge extra for them now which is great. My new favourite now is Lox Deluxe omelette with additional tomato. Try it.

After cooking one of my favourite Pressure Cook Recipes 3 cup chicken for a friend I had some leftover drumsticks to use. I decided to roast them with honey and sriracha and sesame oil and it was so delicious I had to share it. All I did was mixed honey, sriracha and a little sesame oil in a bowl before coating the drumsticks in it. It would be good with white sesame seeds as well I just didn’t have any. I roasted them for about 40 mins until golden and ate them on their own. Yum!

. It’s super delicious and really easy, you can use either pork ribs or belly it’s up to you. Give it a go if you have a pressure cooker! 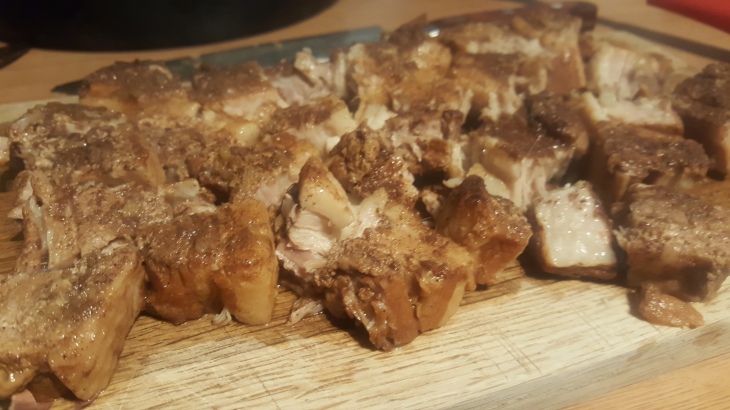 Another wonderful thing about the Instant Pot is being able to steam fish really quickly and easily. I cooked this piece of cod in 4 mins (excluding pressure building time) but you just leave it. It was flaky and cooked perfectly, such an easy dinner! 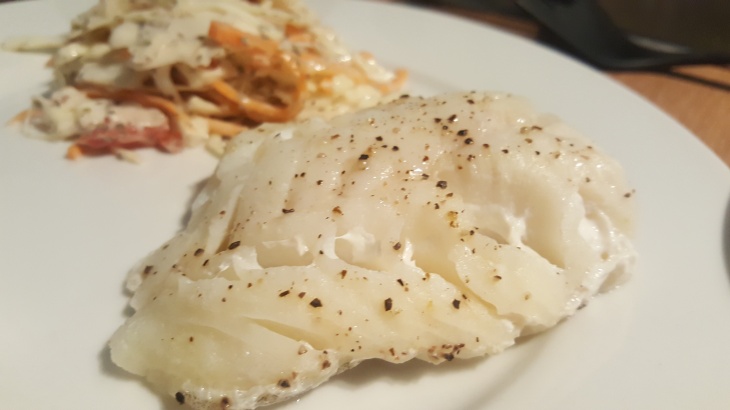 Finally to end my tasty March I had the buffalo wings at the Joker by Orange Buffalo. Just so you know the only the BBQ flavoured wings are gluten free, so I have to take a hit on these ones but it’s only a minimal amount so if it’s an occasional thing I hardly notice it. Anyway, they’re really awesome if you haven’t had them already, I love the original sauce as they’re just the right amount of vinegary and spicy and the blue cheese dip is amazing. On Wednesdays they do 3 for 2 wings so it’s a good time to get down there to give them a go.

Hope you enjoyed the March roundup, April will come soon! Thanks for reading x

View all posts by wherethelocalthingsare